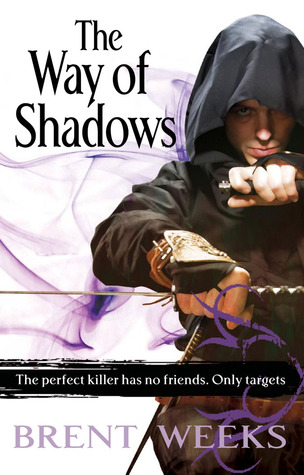 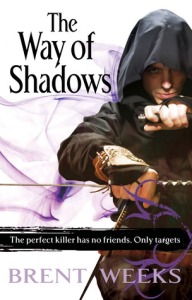 Name: The Way of Shadows

I tried to finish this book, I really did but after making it all the way to chapter 48, I just couldn’t do it anymore, I couldn’t read anymore of it, my ADD just wouldn’t let me focus on it. I just got bored.

Now there were some spots that would interest me, keep me turning the pages but honestly, there were too many characters to keep straight in my head.

If they kept making appearances maybe it would have been better but it seemed like the important characters were only mentioned once, the readers were able to forget them and then they would pop up again. I got really tired of that, forgetting someone only to get a feeling of thinking I knew them.

The writing was excessive, making some sentences longer than they needed to be. Example, instead of saying that they couldn’t get a word in edgewise, it was “Kylar opened his mouth, but a word wouldn’t fit in the crack’s of the ex-prostitute’s rambling, edgewise or any other way.” That was just too much.

I thought about giving this two stars, there were some parts I liked but as I didn’t finish it, one star it is.

Back to the many characters thing. It was supposed to be focused on one character but because of the different ones with their different side stories, it just kind of felt all over the place.

Now, I have read another series that was almost like this, The Firekeeper Saga by Jane Lindskold, but it was written and executed much better than this.

It’s kind of like a mix between that saga, Dungeons and Dragons, and a little of Assassins Creed {though I’ve only played a little bit of one game so maybe someone whose played them could tell me if it is or not}.

2 thoughts on “The Way of Shadows: The Night Angel Trilogy Book 1”