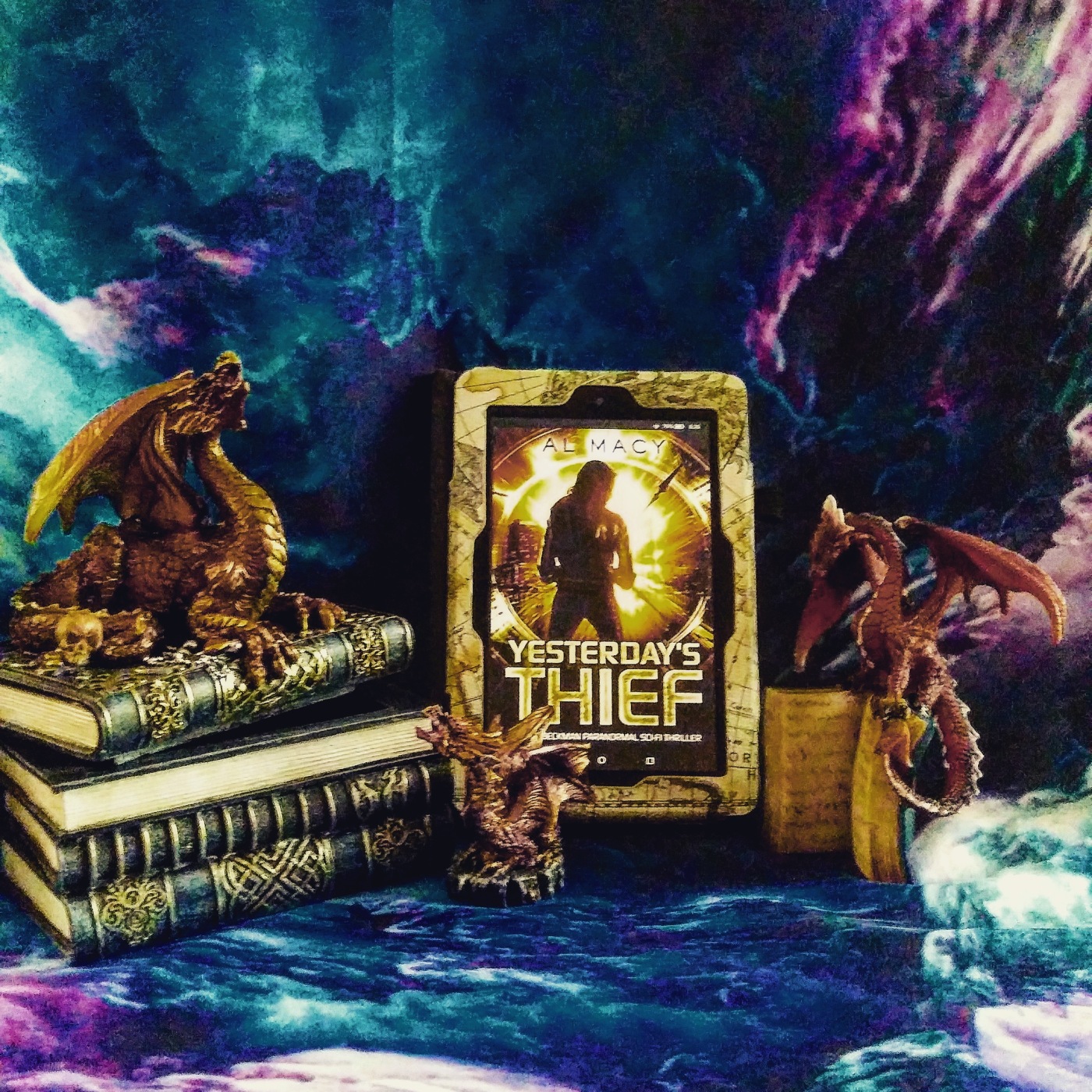 Blurb: It’s the year 2020, and Eric Beckman is a mind-reading detective.

Although he reads only the conscious thoughts of the people he interviews, it usually gives him enough of an edge to overcome his inexperience as a PI. But mind reading is hell on relationships. Trusting comes hard when you know what people are really thinking.

The case of his life lands in his lap when a beautiful woman materializes during a televised baseball game. She floats in midair, then drops to the ground, comatose.

Beckman is at her bedside when she wakes up. From the moment she opens her eyes, she has him under her spell. He vows to figure out where—or when—she came from, even if it kills him.

The stakes increase when she disappears without a trace. Worse, she holds the key to a worldwide energy catastrophe. If Beckman can’t find her and unlock her secrets, economies will collapse, and the world will spiral down into chaos.

Review: Alright, first of all, this came out in 2016, set in 2020. So four years into the future from the time this book was published. Self-driving cars are pretty much only just now being tested in 2020 and 2021, but yes, they have self-driving taxis.

Anyway, now that I have that off my chest, I have to say that these books that I have downloaded for my journal are not looking good. I struck gold with the X-Gen series and the three books since then have fall waaaaay down. I’m so disappointed.

The premise of this book sounded interesting, I was looking forward to a mind-reading PI…This is going slap bang into the DNF pile, which is just steadily growing, more than I want it to.

I’m just not inspired to keep reading, every time I set it down, it’s weeks before I pick it back up and then I just feel like I’m rolling my eyes. The execution was not there, the story seemed to focus on the wrong things at the wrong time. so it was a little jarring when I was reading about something going on and then all of sudden, the detail is going to what someone is wearing or his thoughts go to something that isn’t important. A lady just appeared out of thin air…I’d be more concerned with that than looking at her breasts.

There was a bit of detail, but again, it just seemed in the wrong places, the main character seemed focused on the wrong things at times and I’m just…I don’t feel like picking this book up again. I’m not excited by anything except the idea of it and that wasn’t executed well.

I could have kept trying to read it, but with weeks going by between when I set it down and when I picked it back up, it would have taken me a long time to finish it.