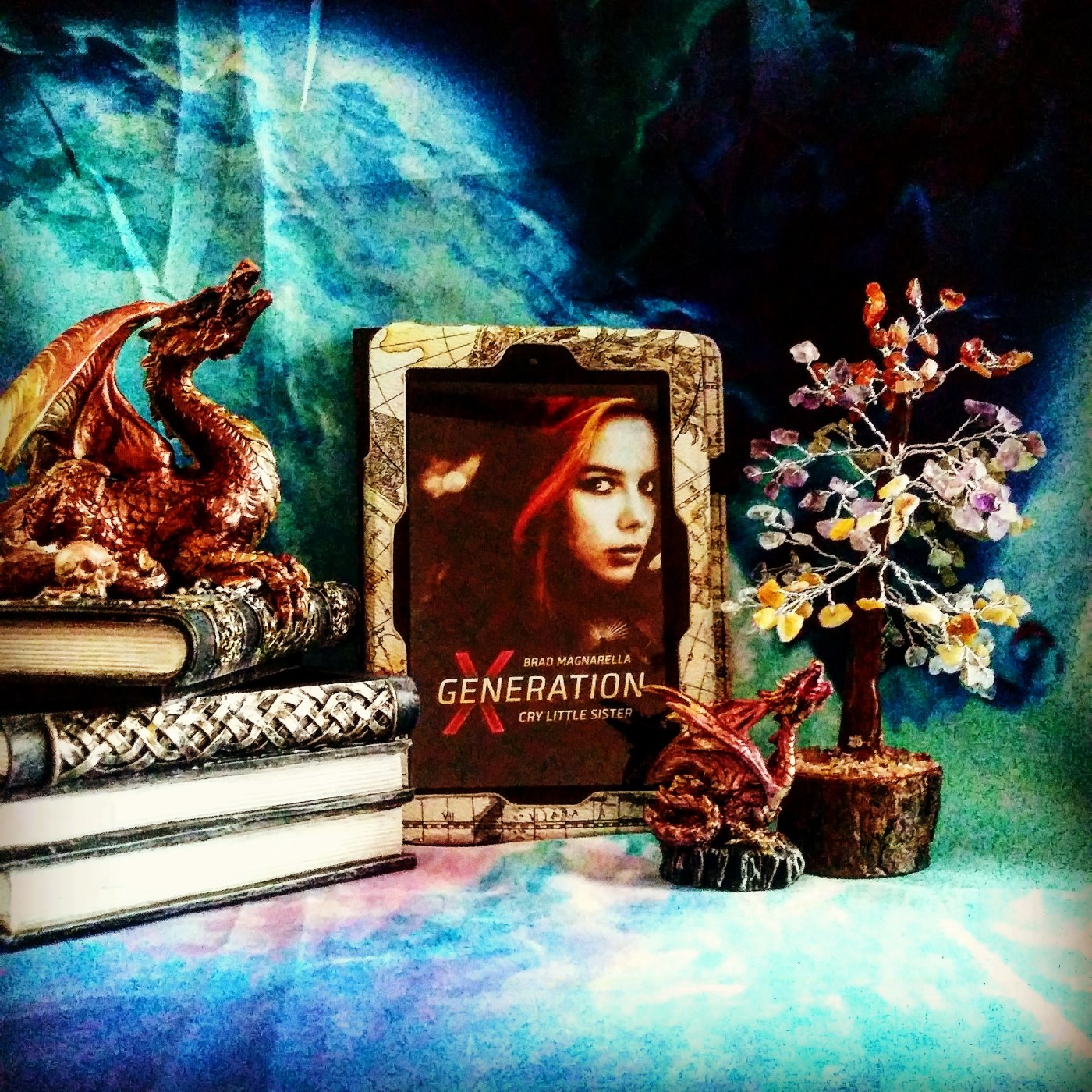 For Janis Graystone and Scott Spruel, it’s the vacation they’ve long needed. No superhero training. No nation saving. Just a week of rest and relaxation, even if it happens to be with Scott’s screwy parents.

But when someone breaks into their beach house and dogs begin turning up blood-drained, the pair of Champions launch into action. Scott suspects vampires, namely the motorcycle-riding hoodlums who loiter in the town’s amusement park, while Janis’s intuition speaks to a more pervasive evil, one that lurks in the town’s shadowy past.

Soon enmeshed in a murder mystery, Janis and Scott must scramble to piece the clues together before the killer strikes again.

Review: Yet another book that I really enjoyed reading however, I would have liked a section or something to give the audience a bit of insight into what the others were doing. I guess I got used to the POV’s shifting from Janis and Scott to the other person it would be focused on, but I missed the other champions.

I wrote in my journal that i hadn’t started the next book yet, but I had a feeling that this little vacation wouldn’t be mentioned at all because it’s a stand alone and I was right. I’m on the 7th and last book now and there’s no mention, so I get why there’s no mention of the other Champions, but still, I missed them.

I’m also not sure how I feel about this stand alone being smack in the middle of their mission life. Maybe if it had been the sixth book and the sixth book was the fifth book?

The covers are getting better, much more eye-catching and so far, there hasn’t been a story that I haven’t enjoyed. The mystery for this one was not as engaging as the others seemed to have been, not really a bunch of clues for the readers to go off of to try and solve it but a fun read nonetheless.

The immediate jump to vampires from Scott seemed a little out of character for him? A man of science and he’s the one who latches onto the supernatural choice first. Which…I guess he and Janis and the others do have superpowers, so maybe that’s not that big of a leap, given the similarities to the X-Men, but still.

All-in-all, it was an enjoyable read, filled with mystery and sleuthing, which I would have enjoyed being able to think over the clues and see if I could come up with suspects. Also, would have liked a glimpse into the others.

I am both excited and sad to be getting to the end of the series and I think, once I get caught up on all the books I have already written down in my journals, I’m going to read some more of Brad’s work. I’m having fun.

Thank you for reading my review,