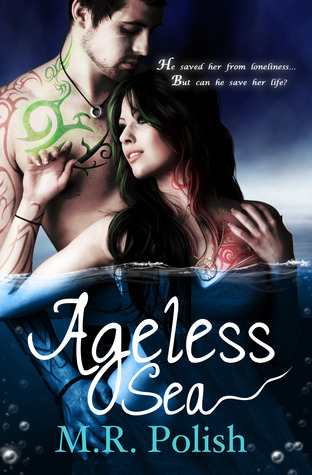 Blurb: The crash was no accident. Fate carried Brady and his airplane to the isolated island where Karis was banished to live alone. She feared the worst as she sifted through the wreckage, sure that no one could survive. But there he was, barely breathing yet still alive.

The closer she got to him, the more her powers awakened. He was like a magnet she was drawn to. Maybe it was the years alone that left her yearning for companionship, or maybe it was the taut muscles in his arms that beckoned her to come closer, either way she had a hard time controlling her thoughts. She knew things about him that he couldn’t remember, things that were blocked from his memory. He wasn’t from earth either, and she needed his help to save both of their worlds. But the closer she gets to Brady the more she knows her world is with him.

Even with a woman as beautiful as Karis, Brady was well trained, but he wasn’t prepared to care as much as he did. Being an underground fighter made him the wrong man for a future Queen of a different world, and he knew it. But that didn’t stop the yearning he felt deep inside. It didn’t stop his heart from racing when she was around. And it didn’t stop him from falling in love.

Review: The beginning caught my attention, I was excited and wanted to keep reading. I felt like this could have been a five star book but you know, it never does anyone any good to assume things.

Somewhere down the line it just started going downhill, the writing just started to stagnate. The readers never get into Brady’s head so when he jumps from one mood to the next before he settles, it’s very abrupt and it jars me out of my reading groove. I also don’t feel any kind of connection with the characters, I’m just sort of…indifferent to it all.

The cover is rather gorgeous and I really love the fact that the author got the important marks in there, one of the things that made me a happy reader.

The pace was rather slow, there were places that dragged and I was keeping track of the chapters when I usually like to lose myself in a book. All-in-all, it was…alright. Do I want to read the rest of the series or re-read this book? No. I have no desire too.