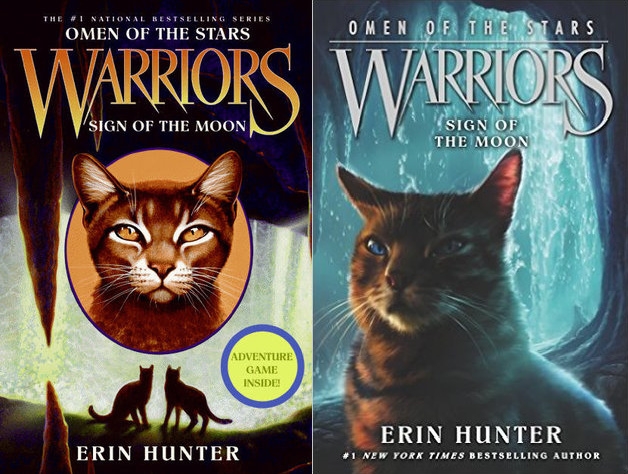 Blurb: The end of the stars draws near.
Three must become four to battle
the darkness that lasts forever. . . .

The dark forces that have driven a rift between the four warrior Clans are growing stronger. Jayfeather, Lionblaze, and Dovepaw now know that unless they can unravel the true meaning behind the prophecy that binds them, the warrior code could be destroyed forever.

While Lionblaze remains focused on protecting ThunderClan from another deadly battle, Jayfeather receives a desperate plea for help from the Tribe of Rushing Water. He must travel to the mountains in search of answers that link the Clans to the Tribe in ways no cat could have imagined. But with the summons comes an ominous warning that suggests the power of the stars may not be enough to save the Clans.

Review: I really love the background for the new cover, the cat itself kind of feels a little awkward but still, very pretty.

For once I enjoyed reading about the Tribe, mainly because it was spent in the past in a flashback. That world building is what gets me, learning about how things came to be, why they are what they are. I can’t wait to get started on reading The Dawn of the Clans.

Of course there were times when I wanted to reach through the book and smack a couple of the characters for the decisions they were making. It took a little longer to get to another cat than I would have liked, it’s been ages since we got a clue about them and felt like they were forgotten.

The writing seems better here, maybe because the plot is finally moving along and we’re getting out of the filler stage. I love the cats, I do, but when it takes a long time to get back to the plot, things start to get tedious. The authors set a good pace, moving the story along smoothly and giving each group the time it needed without letting the readers forget about anyone.

I will always recommend Warriors, no matter the age group.