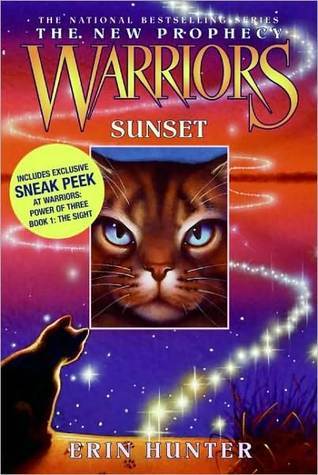 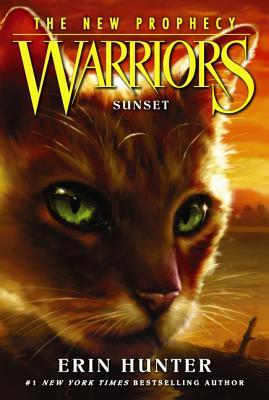 Blurb: Soon after the cats reached their new home by the lake, ThunderClan’s medicine cat Leafpool received an ominous warning from StarClan: Before there is peace, blood will spill blood, and the lake will run red. As the Clan slowly recovers from a devastating badger attack, Leafpool can’t help but wonder . . . do her prophetic dreams mean there are even worse dangers still in store for the warrior cats?

At the same time, shadows of the past continue to haunt the forest as some old friends struggle to find their place, others appear to be lost forever, and an old enemy finds a new way to resurface in a quest for dark revenge. A sinister path is unfolding, and the time is coming for certain warriors to make the choices that will determine their destiny . . . and the destiny of all the Clans.

Review: This was a book just full of tension, especially near the end. I feel like if there wasn’t the prophecy of the three to come up, this would be a great ending for the series but I’m glad it’ll go on.

Honestly, I don’t think there were any typos here and if there were, I didn’t see them. I guess I can understand why kittypets are looked down upon more than rouges but I think the way Hawkfrost was the most popular cat in RiverClan was a little unrealistic but, I guess Russetfur was the same. She was a rouge and became deputy.

This is one of those book that you don’t want to read the blurb of the next series, it takes the surprise out of it but even though I knew what was going to happen, I was still getting anxious.

A satisfying ending to the second series with a few hanging threads to keep the readers guessing, grasping and wanting more.

That new cover does make me mad though, they really missed an opportunity to do something with that beautiful lake and trail of stars. I mean, the cat featured on the classic cover is Hawkfrost I’m guessing and the trail of stars is important so who is the cat on the new cover? At least it isn’t another uncomfortable cat close up.