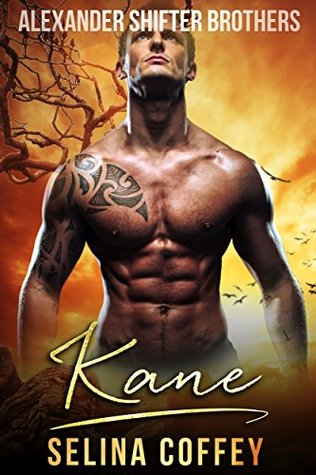 Purchased: I voluntarily read and reviewed a complimentary copy of this book.

Blurb: Kane hates rules, but he’s not afraid to break them… especially for the woman he desires.

Kane wants Damesha from the first time he lays eyes on her, plain and simple. But he knows how strict the clan rules are about outsiders, and he knows the Alpha, his own brother, is not going to make any exceptions for him.

But he will do whatever it takes to have Damesha, even if that means turning against all his brothers!

Something tells Damesha she has to be in Kansas. There’s something that she needs to find there; she calls it research but deep down she knows there’s more to it…

But she wasn’t expecting the to meet Kane… he draws her in like no man ever has. Way beyond her attraction to his sexy, perfectly sculpted body, there’s something more to him than that, and she needs to find out what that something is…

Review: I actually started writing my review before I finished reading the book because I needed to get my thoughts down.

I could not get lost in this book. Every time I almost did, something would happen to throw me off. From the multiple uses of the wrong name to turned around phrases such as “You need to spend more time in that office and less time outside,” to unrealistic things, it was just very difficult to get lost.

This needs some serious, serious editing. The beginning was good, I could tell this book had a lot of potential but then it just started to go downhill. I also don’t know how I feel about these guys being able to turn into any kind of animal. It just doesn’t make sense when there are elephants and monkeys where there shouldn’t be. It just took some of the realism out of it for me.

I know it’s a fantasy fiction book with shifters but there needs to be some realism.

Also, having her gain the baby weight and having her stomach grow so much in just a few seconds just was not a good idea. If her body had changed within those three months that she didn’t realize she had missed her period, that would have been better but that’s not what happened. What helped suck the rest of the realism out of it was when he had his hands on her belly and she STILL thought he didn’t know.

Then when she FINALLY told him, I would have liked to see more excitement from him. What the author gave the readers, all I could imagine was Kane being just deadpan while saying wow.

The cover is great, I would probably think that this would be a wolf or a bear shifter book, it’s eye-catching but I don’t think the story inside matches. As I said, there was massive potential for this book, it just really needed some editing.

My Tweets
I’m bored…I’m so bored that I’m literally just skipping pages to see if I miss anything and I’m not missing anything. This is going to be added to the #DNF pile.
This was one of the most action packed ones in the #series, good lord. Still enjoying myself, still being kept on the edge of my seat. I am loving this entire series still and I’m sad, so sad that I just have one more #book to go.
Fourth #book down and I’m still loving this #series. It’s honestly a bit of a refresher to go through a series that isn’t strictly #romance. This just has the one and it’s not even at the forefront.
This one is probably even better than the first #book, You Don’t Know Me. I loved this one.