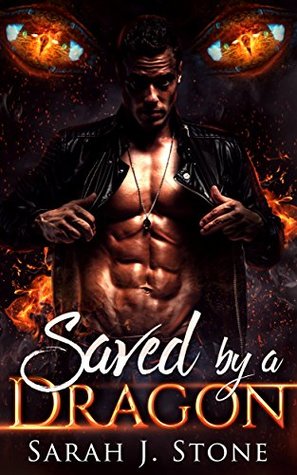 Title: Saved by a Dragon

Purchased: I voluntarily read and reviewed a complimentary copy of this book, $0.99 on Kindle.

Blurb: They drove me from my home.

Owen is on a mission for vengeance. Exiled from his home clan in Ireland, he finds himself in a cabin in the mountains of California. There, he will train, get stronger, and prepare to claim his rightful place on the throne. But when his path crosses with an all too curious and sassy human, Amy, he begins to question his entire purpose. Amy stirs feelings in him that he thought died along with his girlfriend, years ago.

Amy’s mundane job as a local radio show host has her yearning for something new. Her days seem to blend together. That is, until listeners start to call in, reporting dragons being spotted in the sky. Amy is compelled to investigate, expecting to find a hoax. When her investigation leads to Owen, she finds more than she had bargained for. Amy’s quest to cure boredom is about to implode.

Review: This was actually so much better than Betrayed by a Dragon but still not a five star book. The good things are that the writing has gotten better, there’s a sense of time just like in the first book, the pace was perfect for the plot and I loved seeing Owen be the guy who isn’t all alpha male about not showing his feelings.

The bad things were that what happened when they met seemed rather fast, though that was redeemed a bit.

Big, glaring mistake, the brother, Connor, was married in the first book but now Emily is back to being the girlfriend and they’re getting married next year.

Besides that though, hardly any other mistakes besides how she completely forgot about the blue and silver dragon. I mean, she really didn’t have a lot to go on when she went searching for dragons so, forgetting about one of the sightings doesn’t make sense.