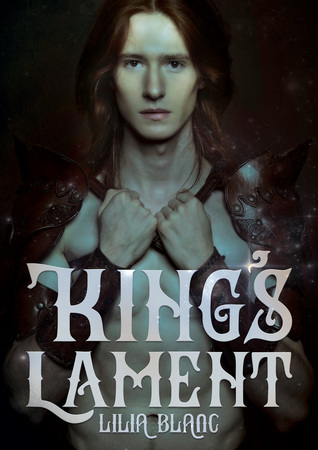 Purchased: December 13, 2016, free on Kindle until the 15th. I voluntarily read and reviewed an Advanced Reader Copy of this book from the publisher.

Blurb: Betrayed by his advisors, only the love of two mysterious men can rescue Inea and save his kingdom. After the death of his father, Inea finds himself the unprepared king of a country at war. When his council forsakes him, and he’s thrown into the dungeons of his own castle, the young man manages to escape only with the help of the intriguing stranger Ansyn.

After one year in hiding, Inea, driven by desire, seeks out Ansyn and discovers that there is more to his savior than he could have ever hoped for. Joined by their new ally Kaedon, passion builds, and they find themselves in a romance that helps fuel their plan to reclaim the throne.

Review: This book was so amazing! It was very long, though I don’t think it’s as long as the book I’m reading now, but I finished it in two days because I couldn’t put it down and even when I did, I could not stop thinking about it.

I’m actually surprised that it took me just two days to read this book but I think that shows just how good it is.

The blurb does not even begin to prepare the readers for what is in store. Action, romance, betrayal, despair and such a rollercoaster of emotion that the book you read after it better be just as amazing, otherwise, you’ll be so disappointed. I know I was when I read Spellbound By A Vampire.

I didn’t even care when I found two mistakes, of course it’s an Advanced Reader Copy and I just downloaded the finished version so, hopefully those were fixed. The mistakes were one about the age difference, there are three years between 18 and 21, not one and the second is it seemed there was a mix up between feet and inches.

And the cover, I have been waiting for this cover since I read this in November and I have to say, I am not disappointed. It’s so simple and yet it fits. I feel like I would be disappointed with anything else.

This looks to be the authors only work and I really hope she continues to write because I have to say, this was just excellent. I feel like I did when I read The Choosing.

The writing had me hooked from the very first page, I was never bored, I never rolled my eyes, I was sucked right into the story and the connections I felt between the characters; my goodness, I was ready to put the author under a list of Evil Authors when one of the characters had a close call. The pace flowed beautifully with the plot and the scenes with Ansyn and Kaedon, and then Inea, had me fanning my face.

I would recommend this only to adults, has very adult themes, and to those who enjoy a medieval plot with a King. Get ready for an emotional rollercoaster that you’ll never get off of because you’ll want to read this again and again.

One thought on “King’s Lament”