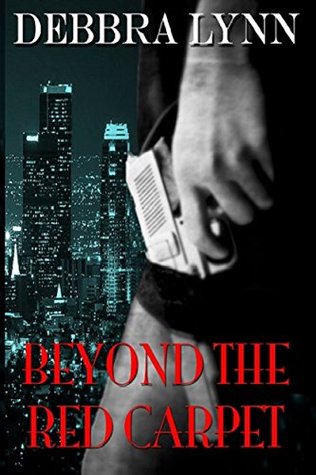 Name: Beyond The Red Carpet

Purchased: I voluntarily reviewed a complimentary copy of this book, $0.99 on Kindle

Blurb: Sophia Donovan had it all: a beautiful home in the Hollywood Hills, a successful career at a high-profile celebrity magazine, amazing friends – and she was married to one of the hottest Hollywood Directors of their time. Things between her and her husband Marcus weren’t perfect but after 11 years, what marriage was? But if the secrets that lay behind the walls of the Donovan home were ever exposed life would never be the same for anyone.
When an unexpected visitor from Sophia’s past shows up, it forces her to come to terms with her suspicions. As she unravels the truth about the people closest to her, it quickly becomes clear that fighting to save her marriage won’t be nearly as important as fighting to save her life.

Review: This was a good sized read, a long book, almost like someone going to tell you something important and then taking forever to get to the point, kind of just beating around the bush. That’s what some of this dialogue was. As such, I would just kind of skim some paragraphs to get to the reveal.

Also, the blurb should probably say something different because the big mystery is already solved at the very beginning, the author tells the readers the who-dun-it. The only mystery there was, was if they were going to get caught or not.

The way this story was set up, the past and the present being told every other chapter would kind of make things a little confusing, mostly when she met the new guy she fell in love with who turned out to be the cop and the assassin?

Other than my problems with it, this was still a good read which was still had a good amount of suspense in it. The cover is an eye catcher and the pace is slow but good for the story.

One thought on “Beyond The Red Carpet: Hollywood Lies Book 1”