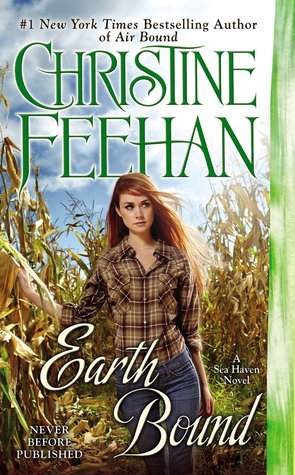 Blurb: After escaping from a cult, Lexi found refuge with her sisters on the farm that more than sustained her body—it nurtured her soul as well. But she never forgot the terror she left behind or the always present fear that the cult would find her again, and claim her. Then her nightmare came true.

Lexi was discovered and threatened—only to be suddenly saved by a stranger. He is Gavriil Prakenskii, and he’s awestruck by the woman he’s rescued. She is destined for him. He can feel it in his soul. But how can Lexi find happiness with a man steeped in secrets and shadows, one intimately acquainted with violence, and whose very love could be the death of them?

Review: I actually read this book last year in July but when I started reading it again, I quickly figured out that I did not remember anything at all. That’s just my memory though, nothing against the story itself. I always say that I have a bad memory. I know I’ve read this before, Goodreads and my first book journal confirm this, but because of my memory it felt like I was reading this for the first time again and I loved it just as much as the first time.

This was just so cute between the couple after Gavriil decided to stay, I was pretty much just smiling the whole time. He’s supposed to be the toughest so far yet he is so gentle and sweet and jokes easily with her.

The cover is gorgeous and ties in her element as well as letting the readers see how Gavriil sees her for the first time. I know I kind of spoke against the way the cover for Spirit Bound looked, it’s almost the same way but I don’t know, this one just looks and feels better.

The pace is so perfect for this story of two broken people, the readers get so much time with the couple and I’m so glad that Ilya was finally brought in. I still think that the Drakes shouldn’t be regulated to background characters, well almost forgotten background characters but, I love this book so much. It’s a tie for my favorite Sisters of the Heart book with Water Bound.