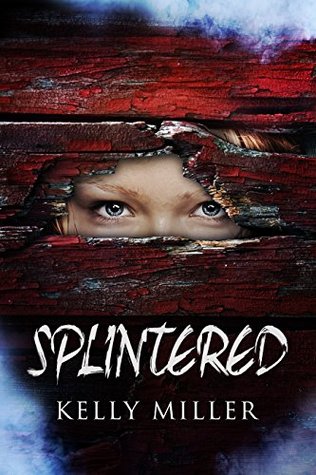 Purchased: I voluntarily reviewed a complimentary copy of this book

Blurb: Life turns from barely tolerable to complete hell when Maddy Eastin’s impulsive plan to win back the attention of her absentee father backfires. Word of her scheme spreads through her high school, but when mockery escalates to cyberbullying, Maddy and her failed stunt become headline news. But the worst is yet to come…

A disturbed man is fighting the overwhelming urge to surrender to his true nature—a moral code molded by a sadistic father who taught him that a girl needs proper training to become the perfect subservient woman. As he watches Maddy on the evening news, his already fractured psyche completely splinters. She’s the girl he’s been waiting for.

When Maddy disappears, she’s labeled a runaway even though her mother believes it was foul play. Will the detectives investigating Maddy’s disappearance find her before it’s too late? Or has she already fallen prey to the vicious stranger hunting her?

Review: This was a very interesting book. I’m not very sure about how I should feel about knowing the bad guys life story before he does what he’s going to do.

I kind of feel like the author was trying to make excuses for him but also trying to give readers an idea about why he’s doing what he’s doing?

I have to write about this and it’s more of a little rant than a spoiler but it does spoil just a tiny bit of the story. The end of chapter 1, it clearly says that an iron hand clamped around her wrist and then in chapter 18 there’s video evidence that there was no one there?

To me, that’s not a good plot twist and that’s the reason for fifth star being taken away. A better one would have been to be as vague as possible.

Besides that though, this was actually a pretty good book. The writing was good enough that I was surprised at some parts and anxious at others, the pace was perfect for the plot and the cover is a little creepy though now that I’m looking at it, the girl doesn’t seem all that frightened.

I would recommend this to those who like a good little thriller. A little bit of a mystery too, though not really a who-dun-it.