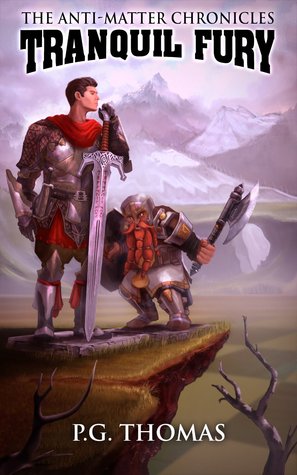 Purchased: Received free from the author in exchange for an honest review.

Blurb: Four high school students shook their heads in disbelief; Lauren and Logan, fraternal twins, Eric the football captain, and John the intellectual prodigy, as they looked up to the three suns blazing high in the sky, and wondered, what had happened. As they scanned the horizons they could see nothing but deserted grasslands, and had no idea of where they were, but they were not on Earth. They remembered seeing the mountains from their bus windows, and the accident, as they now stared at that evidence in the field of tall grass. And lying unconscious, Zack and Ryan. What started off as a normal school day, quickly changed into one of the oddest days of their young lives.

Then they see one lone traveler heading their way, and he offers his assistance to take their injured friends to the ‘healers.’ With no other choice, they accept, but their oddest day, quickly becomes even more peculiar. Their trip leads to a truly unusual forest, then to elves, and then to dwarves. And it is at the dwarven Ironhouse Mine, that the adventure truly begins. Here some of the mysteries are revealed, but others are also presented. And one of those mysteries is a six foot long sword, made by four foot tall dwarfs, but it lacks a name, and champion.

Review: This seemed like a good idea, when the author contacted me to read this book, the blurb sounded very exciting. There were only a couple of problems I had but they were problems that prevented me from reading the rest of the book.

First off, this sounded like it would be an adventure and while I’m not too vexed by the journey, playing Dungeons and Dragons has made me alright with journeys, it wasn’t quite what I was expecting and while that’s usually a good thing, in this case, it wasn’t.

That wasn’t what prevented me from reading the rest of the book though. The second problem I had and what did prevent me from finishing was the way the elves and the dwarves spoke. I could not stand it and I had to read a couple of sentences over again to get what they were saying.

It wasn’t smooth in my head and if it isn’t smooth, it pulls me out of my reading groove. Here’s a small example of how the elves spoke: “Does tell mine-self to wait, and I does think it does be for thou wait for I does.” Now imagine speeches like that. I can usually think of different voices for the characters but with that type of speech, I couldn’t even think of it like someone talking to me, it was halting.

If they hadn’t spoken so much maybe I could have finished it but they were telling stories and it seemed like they talked more than the humans. Talking to each other and taking up pages, it just gets very overwhelming.

If readers can get past the speech or if you even like that kind of speech, more power to you, I would recommend this book for you, it really did seem good and even with the speech it was interesting, I just couldn’t get past it.