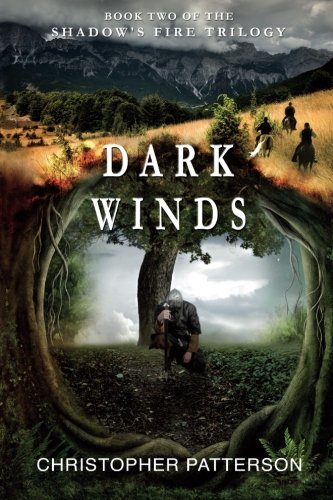 Purchased: Received free from the author in exchange for an honest review, $15.95 in paperback

Blurb: Erik has killed men. Their deaths haunt his dreams. He sees visions of his tortured family every time he closes his eyes. His only hope now is to continue to push forward, pray for the souls of the men he has killed, pray that the dreams of the dead will one day stop, and pray that his family is all right, that he will one day see his mother and father and little sisters again, just as he left them. He never wished for adventure, never wished for fame or fortune, but it seems they will come his way anyways. As he travels with men he doesn’t trust and dwarves who seemingly do not trust him, he tries to hold onto to who is, who he was, who he wants to be. The only people he might truly find solace in, Befel, his brother, and Bryon, his cousin, are so self-absorbed, they have no time for him. Erik will travel into new lands and meet new people. His quest for the Lord of the East’s heirloom in some ancient, lost dwarvish city will shatter his world. He will have to rebuild that world, everything he knows, only to have it shattered again. He will not only fight men and monsters, but he must fight evil, death, hatred, and darkness. And as Erik continues to wonder how much more blood will stain his hands, dark clouds loom overhead, carried by dark winds.

Review: That beginning got me again. I can still see that man in a tavern, in the corner, in the dark and this time he kind of slams his drink on the table when he says the first line, “They call this a victory,” and he scoffs before going on.

Also, I think it helps that I’ve played Dungeons and Dragons (don’t judge) and this is pretty much what happens, though the journey’s aren’t as detailed. The battles and fights remind me heavily of D&D though.

All-in-all, I can’t say that I loved this book as much as I did A Chance Beginning but, some second books are just a build up for the third one, but I still think this is a great story and it really helps to further the plot.

The way that Erik seemed to change near the end seemed rather abrupt but I’ve been waiting for him to change and I still want to smack Bryon, he just seems to get worse along with Switch. That’s just my little side note on the characters, I can’t wait to see how these characters progress.

I can’t wait to see how this all turns out and how all the different groups will come together in the end.