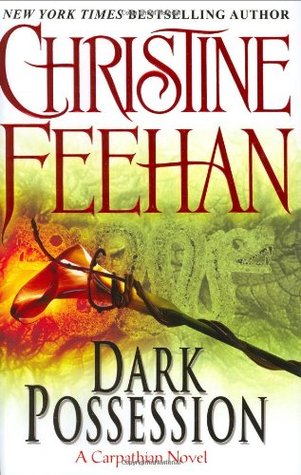 Just like Dark Secret, this is a book that I thought was worse than it actually is. I kept thinking it was full of clothing descriptions but there were only two or three tops. Still though, I guess I can’t connect to MaryAnn because I’m not a girlie girl and I’m not all that concerned with fashion.

The characters aside for now, the plot was actually quite interesting, being halfway stuck in the spirit world, the complete background of the plan along with the De La Cruz and Malinov brothers. The outcome of that background sets up for an interesting reaction when readers get to Dark Slayer; for multiple reasons.

Not only was that mystery enough to keep me reading, the werewolf bit was an added bonus. Usually, something like that would be a little overwhelming, too much happening at once but, I think it added to the story.

And now, a few notes from my little journal:

I got to chapter 4 and my feelings for MaryAnn started going downhill a bit. You know you’re going to the rainforest but you don’t pack the right clothes? You pack your absolute favorite yet inappropriate for that area boots because they’re rainforest-y and you’re surprised when you mess them up?

A little later on, he basically told her that he loved her, without saying “I love you” and she’s still trying to tell herself that he doesn’t love her, it’s still just completely physical and all he wants to do is own her.

Then, he knows she has no idea what is going on with her wolf, she doesn’t even know she has a wolf and yet he instantly gets angry at her for what’s happening to him. I get the vampires telling Manolito that MaryAnn is leading him into a trap but that’s not what he accuses her of, and I doubt they were at fault when he accused her of infecting him. Even when he accepted the wolf, he still thought of it as an infection. He tells her that being Carpathian is who and what he is. MaryAnn doesn’t feel that way about being human? He never really apologized for that either. I hate double standards.

I don’t know if this is just my aversion to feet but I didn’t really like the ending, and that reminds me of something I didn’t write down. Manolito is a big, bad De La Cruz Carpathian and yet he knows instantly how to paint nails?

The characters, eh, the plot was very good, the mystery even better, the ending was eh as well.