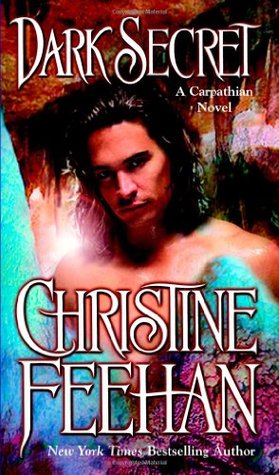 This was a rather long read, not because of the length but because I had to struggle through the first couple of chapters. I do remember dreading reading this book because I didn’t really like Rafael and I remember never really feeling a connection between the couple.

When I re-read this, when he wasn’t being such a dominating jerk and not acting for Colby’s happiness, I did feel a little bit of a spark between them. If Rafael had been less of a self-serving jerk and been more patient, this would have been a great book.

It was a big part of the series long plot and gives more a background of the five brothers, even if it’s just a brief glimpse of Rafael’s first shape shift. It also gives a little insight into how the plot came about.

When Vikirnoff shows up with his picture of Natalya, I wish the difference in the color of the eyes was brought up. In Dark Destiny, her eyes in the picture are an icy blue but in this book, when Rafael and Colby actually meet her, they are a startling green. When Vikirnoff shows Rafael the picture, he doesn’t mention the eye color at all.

I thought I would be giving this book at least two star since I didn’t really think much of it before but after those first couple of chapters, I warmed up to it. Still not my favorite and I haven’t forgiven Rafael for his earlier behavior but, I can actually see them together now.