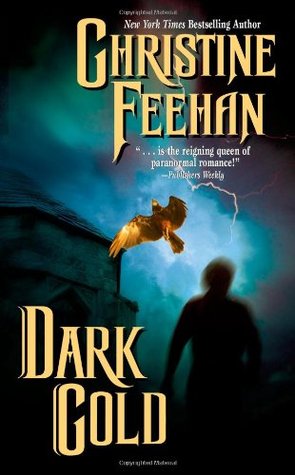 Warning: This review will contain spoilers.

Not my favorite. Takes way too long for the female main character, Alex, to come to terms with everything. Even Raven and Shea didn’t take that long to see the differences between vampires and Carpathians, and they also got to know their men while trying to come to terms with what they had become. Alex just refused all of it.

I can understand being frightened after what happened, being scarred by it, but still. Waiting until less than a hundred pages for her to even start accepting Aidan is just way too long.

I have a little journal where I keep my notes of things I don’t like in books and usually, that only takes up one page. This book took up two pages. I can only imagine what will happen when I read Dark Peril, I remember not really liking that book.

Now, instead of giving you all of the bad with the good at the bottom and vise versa, I’m going to try to mix it up. Give you a little bad with a little good.

Before I get into what was up with the characters, there is a little error I would like to point out. In the other books, past and future, it takes three blood exchanges to convert a psychic but in this book, and only this book, it says four blood exchanges.

Good: When Alex wasn’t freaking out and making things more difficult, the teasing and playfulness between Aidan, Alex and Josh was really cute and funny to read.

Bad: Alex, though still recovering from her vampire attack, takes one horrible experience with a vampire and judges the entire Carpathian species, even though Aidan tries to tell her over and over and over again that vampires and Carpathians are different.

Good: I did feel a little bit of a connection between the couple when they would joke with each other.

Bad: The connection never stayed long. Something would end up setting Alex off again.

Good: Josh was an amazing character, so cute. I just wanted to scoop him up and hug him close when something bad happened to him.

Bad: She says he’s confusing her but all he’s doing is explaining what is happening and she refuses to listen.

Good: Gregori continues to steal my heart. Is it bad that I want to scoop him up and hug him close as well? Big bad Carpathian, the biggest baddie so far, and I just want to cuddle him and tell him everything is going to be okay.

Bad: He’s demanding things of her? Like what!? No he’s not! He’s telling her things and she’s refusing to listen! Even when there’s proof to his words, her discomfort and slight pain around the sun, she still doubts him and flings herself out into the sun! Then she focuses on one thing he said in anger, that he could make her his slave. Now, while that is true, he could’ve made her his slave any time, straight from the get go but he didn’t.

Aidan is the only Carpathian male that I have ever read about, in all 28 books, to physically stand by while his lifemate goes out on date and dancing. True, he didn’t make it easy for the men but still, he didn’t really object all that much to her going out.

Is it a good book? Yes, everything except for how Alex acts and how long until the couple actually gets together is great.