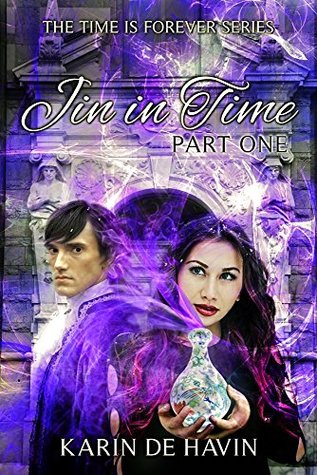 Because of this teaser, the only mystery left is what does she wish for and that, to me, is just bad marketing. Give the readers a lot to look forward too, not just one thing.

The writing was okay, though it felt like the author was just trying o get this over with, like she didn’t really care about what happens or if the readers absolutely love it.

There were a few funny parts that had me smiling and laughing a bit but I didn’t really get sucked into the story and I think that’s mostly the reason for two stars.

I would have liked for the focus to be more on the genie trying to adapt to this new way of life, I think that would have been funny and cute and make for a better story, instead of focusing on the mundane life of the teenager and trying to hide the genie.

Also, the cliffhanger doesn’t really work if you’re going to put the answer to it in the first chapter of the second book that you put in the back to entice readers to go on. In fact, I think it would have been better to just leave part 2 in part 2 because the cliffhanger did get me, I wanted to know what happened but I got my answer in the teaser chapter and now I’m done with it, I don’t want to go on.

Maybe it’s just that it’s a YA novel and I’m not a teen anymore? I don’t know, there are some really good YA novels out there.