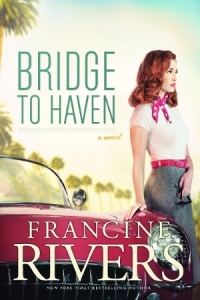 The beginning grabs your attention, I don’t think I’ve read a book that I was ready to cry in the first few chapters. Maybe I did when I read the authors other book, Redeeming Love, but I can’t remember.

After that though, it slowed down. Don’t get me wrong, I still liked it, I still wanted to finish it but, it was tedious and choppy.

Example, the Pastor did this. He did that. Then he went and talked to this person. Joshua did this, Abra did that.

I felt like the author was just reaching for the surface instead of giving the readers in-depth characters. Maybe because I didn’t find it too detailed, at least not a lot.

It was mostly predictable but, it was still written in a way to keep me interested and there was one surprise there at the end that I did not see coming.

Now, while I did like it, I just wanted to skip over those tedious parts. I really don’t think the readers need a play-by-play of what the characters are doing.

I also would have preferred a deeper view into the characters emotions, a better look at Joshua’s PTSD for example. Now, I don’t know what actually happens with that and I don’t know if this works or not but, apparently it only takes one person with shared experiences for it to be forgotten, according to this book. I don’t know if that’s true or not but, it just felt brushed over, like it didn’t really matter.

All-in-all, a nice story that had me almost crying at the beginning and the end but left me somewhat bored in the middle.