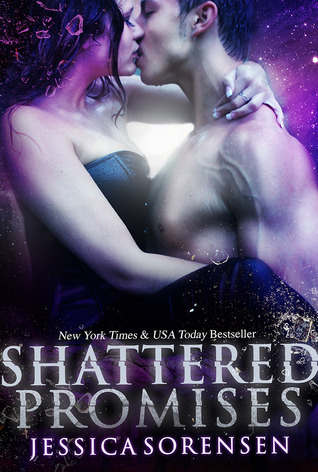 I will say this much, this was much better than the youth novel this was taken from. Less high school drama and more about the plot. With the 17+ warning, I thought the sexy parts were going to be plentiful and in detail…No, that didn’t happen. If you want that, go read Christine Feehan, Christine Warren and some other authors that I’ve reviewed on here.

Aside from that, while I did finish this book and liked it better than the youth novel it was derived from, I still wasn’t all that impressed. If anything, I was…overwhelmed is the word that comes to mind. It just felt like the author was trying to put a little too much into the story. Maybe trying to make up for how slow the youth novel was?

It was alright, even a little bit good until the halfway mark, somewhere around there. Then it started to get a little out of control and feel like it was starting to go all over the place. That’s also around the time I started taking notes again, which is when I get out my phone and put down the things that really bother me.  Let’s get to those now shall we?

Notes: This girl apparently puts her hair into bun but then, a few sentences later, flips her hair off of her shoulder? I don’t know what buns are to other people but to me, a bun means the hair is already up off the shoulders.

Gemma’s side is being stitched up, no anesthetic or pain killers of any kind, yet she’s talking normally? That’s almost like the tattoo remark in the youth book, being stitched up I’m sure is pretty painful.

Back to the stitch thing, she just got them and she’s already flopping around like normal. Wouldn’t it hurt? Wouldn’t they rip or something?

The sentences were just choppy and there were some that just seemed unnecessary.

Now, I know there the saying that there are no such things as stupid questions but come on Gemma, you should know these things. It’s common sense when you have the information.

Tightens a dress so tight she can’t breathe. Now normally, I wouldn’t comment on that but, again, she just got stitches. I don’t think any of this is good for the stitches.

Alex has already said that he’s broken so many rules by getting close to her but then backtracks and says that he doesn’t break the rules. No, you sir, are a rule breaker.

Gemma does something to her wrist that made a loud pop and apparently hurt but then she shook it to pop it back into place…that sounds like it was dislocated. Is it that easy to fix something dislocated?

Nicholas just winks way too much and it annoys me. I feel like something is wrong with his eye.

Again with the pinning her down, this time to make her listen. Stop it!

That’s it for my notes, as you can see, I had quite a few.

Maybe if the author just stuck to one or two things instead of bringing in a bunch of other elements it would have been better but I just felt like it was getting a little out of control.

The connections that the characters had just felt forced and I just got annoyed with them.

I give this a better recommendation than the youth novel but, I wouldn’t hold my breath hoping for a great novel.