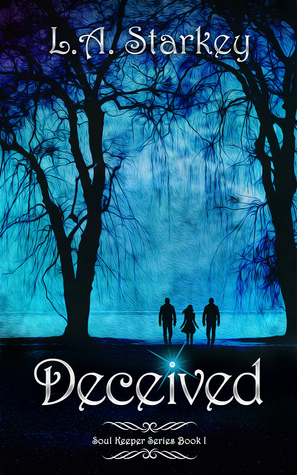 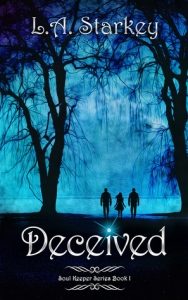 Blurb: They say a soul is the immaterial essence, the animating principle, the actuating cause of an individual life.

But what if you had to share yours with the one person you hated the most?

The soul mate principle states that for every one soul there is another that will recognize its match, hence creating the perfect union.

But what if you had two soul mates, which would you choose?

What if your choices had eternal ramification?

At first, I wasn’t really getting into it but then, somewhere along the line, it just snagged me and wouldn’t let go. After a bit, I started connecting to the characters a bit more and I even struggled to hold back tears when tragedy struck.

It’s a long book and it’s slightly repetitive but don’t let that deter you from this story, the plot and the depth of the characters make up for it, just not enough in my opinion to get that fifth star.

It switches perspectives quite a bit but, it’s just enough to get a sense of the characters and to get this reader rooting for one of them, since the other one kind of creeps me out just a little.

If someone is really into Greek mythology, this is the book for them. While reading about it in books like this is pretty cool, I’m not so much into it that I would research it but, I did look up the story that is in here and I’m glad that the author went with it instead of making something up or just referencing it in the dialogue.