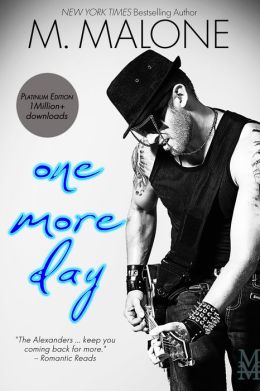 Blurb: “You’re with the right person when no matter how bad things get, you’d still rather be with them than anywhere else…”

RIDLEY WELLS HAS NO idea what to do with her life now that she’s graduated from college. But when a friend is murdered and her apartment is trashed, she runs to the only person she trusts, her twin sister. No one will think to look for her in the rinky dink Virginia town of New Haven.

Of course, her luck lands her passed out in the grass in front of resident badboy, music producer Jackson Alexander. Strike 1!

Then she realizes Raina’s out of the country and she has nowhere else to go. Strike 2!

So when the handsome producer with the platinum smile mistakes her for her sister, she gets an idea.

Where better to hide than in plain sight?

Review: This book….this stupid book…I didn’t know weather to cry or hit something.

This was a rollercoaster of emotion. There was no way that I could have put this book down so, I’m glad I didn’t have to work. 592 pages and I finished it the same day I started because it was just so good.

I don’t think I’ve reacted to a book like this since the Harry Potter series and it’s not even anywhere near paranormal or supernatural or anything else I’ve been reading.

I wanted to yell at Jackson, the main male protagonist, just like I yelled at Ron in the Harry Potter series.

The writing in this book just messes with your emotions and if I had a paperback, I probably would’ve thrown it but, it’s on my kindle so, no throwing. It just kept going, giving glimpses into both characters lives and getting the reader attached to both of them.

I needed to know what happened next so, I could barely set the book down without picking it right back up. At some moments, I just wanted to go into the book and slap some sense into Jackson and his brother and if you read this book, you’ll know what I mean.

I would definitely recommend this to any adult out there, looking for a steamy romance with an excellent plot.